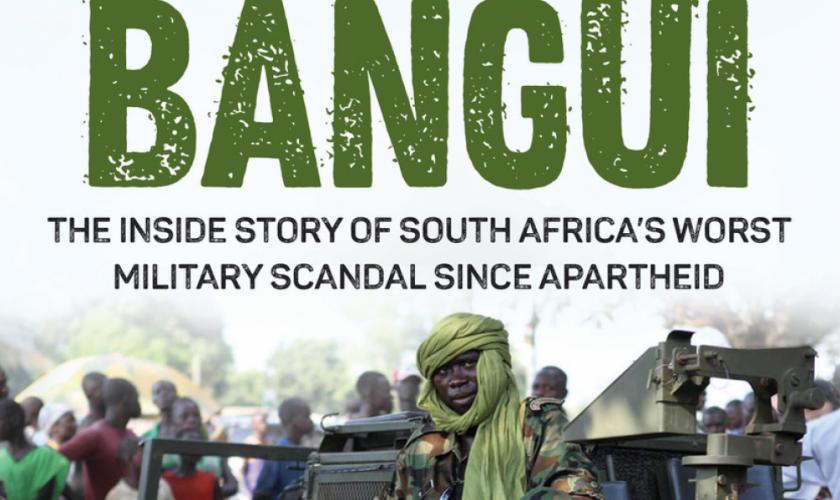 In March 2013, South Africa suffered its worst military defeat since the end of apartheid. After a battle that lasted almost two days, 200 crack troops who engaged 7 000 rebels in the Central African Republic were forced to negotiate a ceasefire at their base. Thirteen South African soldiers died in the battle, with two more later succumbing to their wounds. The mission was shrouded in mystery from the start. The deployment and the diplomatic machinations that led to it were kept secret from the South African public and Parliament. So, too, were an assortment of shadowy commercial interests held by businessmen, some with close ties to the African National Congress.

The book describes at length how control of the country’s lucrative diamond trade not only led to the conflict, but how it was used to finance the rebellion. The authors describe how President Francoise Bozize’s ham-fisted attempt to seize control of the diamond trade in favour of politically connected companies (some with ties to the African National Congress) came at the expense of the predominantly Muslim traders that dominated it.

Subsequent discoveries of diamonds smuggled from the Central African Republic despite the implementation of a worldwide ban once again raises serious questions concerning the effectiveness of the Kimberley Process and the destructive influence of blood diamonds on peace and security in Africa.

In an investigation spanning more than seven years, the authors gained exclusive access to the soldiers who fought valiantly against overwhelming odds; travelled to Bangui to obtain documentation and meet the rebel leaders who took part in the battle; interviewed a deposed dictator living in exile in Paris; and spoke to the widows of the fallen soldiers. They also met influential fixers and dealmakers, and unearthed secret files containing bribe agreements to unravel an intricate web of corruption and patronage reaching the highest echelons of power in South Africa and the CAR.

The book is probably the most detailed, non-academic account of the blood-soaked history of the CAR leading up to the battle written in English, with particular emphasis on how the civilian population was repeatedly re-traumatised through the violent scramble for their country’s riches by local and foreign elites.

The authors drew on the work of leading scholars in the field – notably Pierre Kalck, Catherine Coquéry-Vidrovitch, Roland Marchal, Louisa Lombard and Stephen Smith (who coined the phrase “phantom state”), and their own interviews with CAR historians and participants in historical events in the CAR. The team also consulted a wide array of research reports, often interacting directly with their authors.

“A powerful cocktail of searing front-line war reportage, investigative journalism, and history … The Battle of Bangui exposes the reckless folly and greed that dragged South Africa – and a tiny force of brave soldiers – into a distant, horrific and unwinnable conflict. It’s a story with echoes of Black Hawk Down, of Rorke’s Drift, and of Heart of Darkness – a tale of hubris, heroism, diamonds and blood.” – Andrew Harding, BBC foreign correspondent and author

“A story of heroism and misadventure, featuring a cast of colourful and cynical characters … An unforgettable read.” – Geoffrey York, Africa correspondent, The Globe and Mail