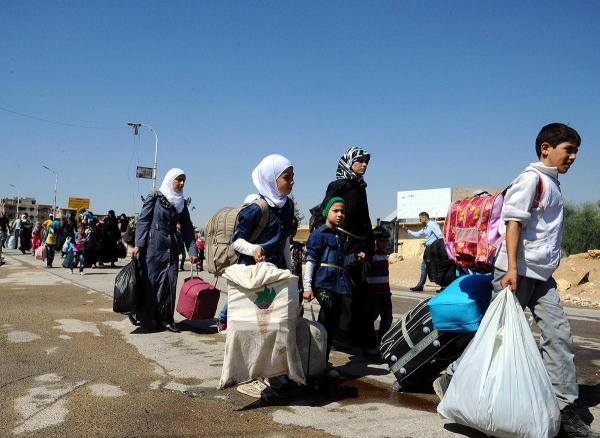 May 2021, by Mohammad Bassiki and Ali Al Ibrahim

DAMASCUS – The Syrian government has raised billions of Syrian pounds to rebuild war-stricken cities through a “reconstruction tax.” But where does the money really go? A joint investigation by OCCRP, SIRAJ, and Finance Uncovered, supported by Journalismfund.eu’s Money Trail grant programme.

With the imposition of severe sanctions by the European Union and the United States of America since 2011, the Syrian regime was deprived of financial resources, it was isolated in the political and economic spheres.

Among these taxes is the contribution of reconstruction tax, which was introduced by the problematic Law No. 13 on residents and companies by deducting 10% of income or direct and indirect fees, and later to be paid in favor of the Syrian public treasury.

According to the law, this money should go to help internally displaced persons and residents whose houses were destroyed during the war. But this cross-border investigation shows that the opposite is true.

The Syrian regime’s ministries, security and military forces have been devouring this tax for eight years, leaving only crumbs for a war-torn population.