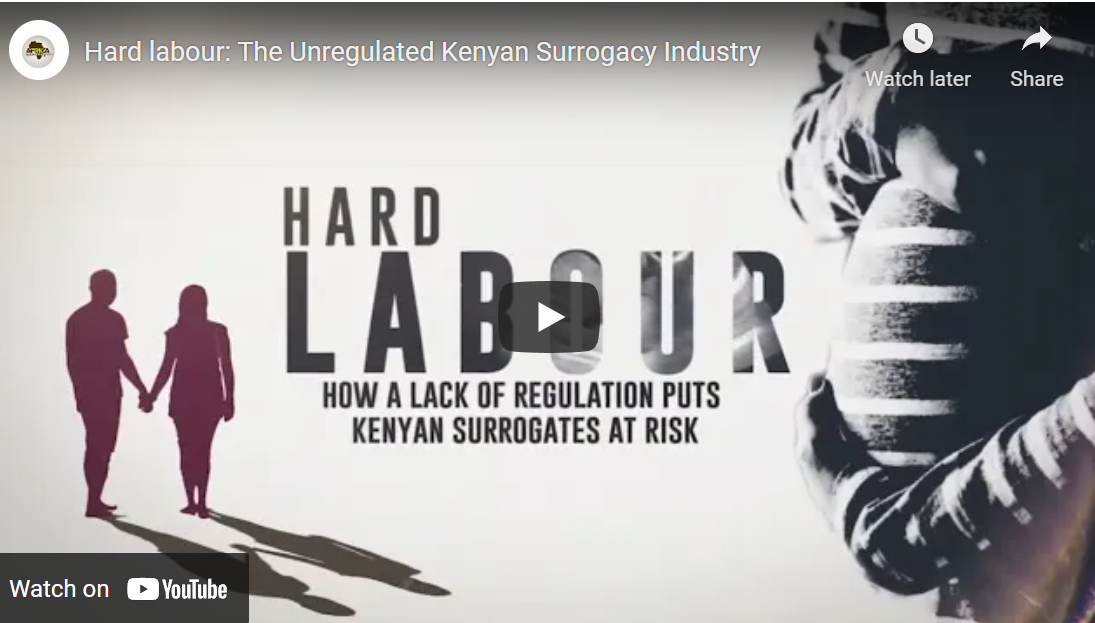 Over the course of 18 months, Naipanoi Lepapa, a freelance investigative journalist from Nairobi, who attended a Finance Uncovered training course in Abuja, Nigeria, in 2019, delved into the murky world of surrogacy in Kenya.

Working with several vulnerable women who had acted as surrogate mothers for mainly international clients, Naipanoi uncovered worrying allegations about how the industry operated in her home country.

These ranged from coercion, exploitation and intimidation of surrogates, apparent human trafficking of birth mothers and children, forced abortions and identity forgery and fraud.

One surrogate mother, who said she was forced to have a late-term abortion when the contracting parents changed their minds at the last minute, told how she still has nightmares about her dead baby lying on her bed.

Naipanoi’s long investigation has shone a light on a shadowy and highly controversial sector in which overseas agencies act as middlemen, recruiting poor and vulnerable women in Kenya and then marketing their wombs to international clients, sometimes specifically to members of the gay and lesbian communities in the West.

Surrogacy can be an expensive process. The costs for a surrogacy commissioned and carried out entirely in the US can be around $120,000. But in Kenya, the costs can be a quarter of that (with the surrogate mother receiving up to $8,000).

But unlike other countries where surrogacy laws are clear and dutifully followed, the industry in Kenya operates in a legal and regulatory void. Kenyan legislators have for years failed to pass a law that would protect surrogate babies as well as the mothers commissioned to carry them.

Ironically, some surrogacy agencies advertise Kenya as an open and tolerant country, whereas the reality is that homosexuality is illegal.

Naipanoi started digging more into these agencies. With the help of Finance Uncovered, she established the individuals who owned them. For example, one agency was ultimately owned in the Marshall Islands, anonymously.

But it was an agency called African Fertility Agency Ltd, which cropped up more than once in her research. An offshoot of international surrogacy group, Become Parents, it is co-owned by Gaurav Wankhede, a former KPMG consultant and co-founder of an Indian wrestling franchise.

In Kenya, the agency is run by Josephat Kioko Jahjah, a former Nairobi taxi driver and tour guide. As part of her investigation, Naipanoi even posed undercover as a potential client to Jahjah.

Months later, Jahjah discovered that Naipanoi was a journalist. She wrote to him and his lawyer summarising her findings and formally requested a response.

They agreed to meet at a Nairobi restaurant. But when Naipanoi turned up with journalists from Africa Uncensored, an independent investigative documentary filmmaker, she realised that Jahjah and his lawyer were trying to trap her.

He accused her of being a fake journalist and had persuaded several police officers from the Directorate of Criminal Investigations (DCI) to lay in wait for her arrival.