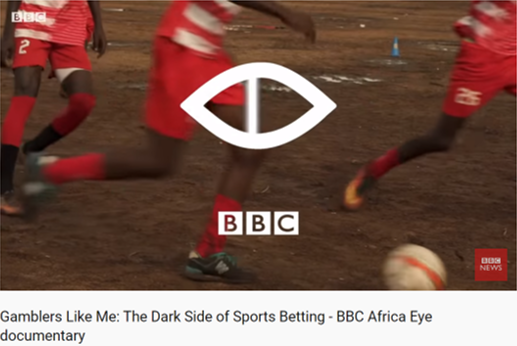 Sports Betting has exploded across Africa. But are the betting companies playing it straight? Do the punters really understand the odds they’re up against? And who is getting rich from the thrill of the beautiful game? BBC Africa Eye follows one young football fan on a journey across Uganda, to find out what happens when global companies target some of the poorest and most vulnerable people on the continent. Collins Muhinda has been betting on football since he was a kid – but on this journey, he discovers an industry that can have a devastating impact on the lives of young Africans, and an epidemic of compulsive gambling that makes him question his own betting habits.

Finance Uncovered worked closely with the film’s producer, Zoe Flood on the financial aspect of this investigation. It also hosted two of the film’s Ugandan journalists in its London office as they developed their research.